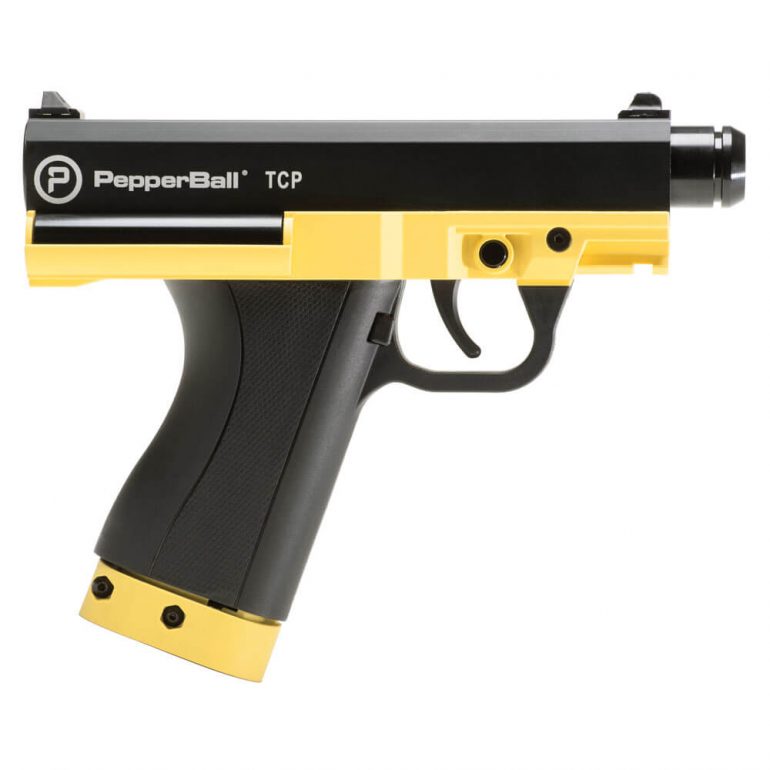 PepperBall is so potent and effective that it’s been used by law enforcement as a go-to, non-lethal means of disabling threats.

Jaycor developed the PepperBall in 1996 for government agencies and commercial uses.

The development took two years to complete, and by 1998, over 5,000 agencies were using the product.

A brand name of United Tactical Systems, PepperBall can be used in a wide range of situations and offers a simple-to-use alternative to lethal force.

What is the PepperBall Gun?

The PepperBall gun was designed to provide an effective means of protection at a longer distance. Traditional pepper spray is effective, but a 10-foot range puts the person trying to defend themselves in imminent danger.

It wouldn’t make sense for law enforcement or government agencies to use a close-range solution out in the field.

United Tactical Systems created the PepperBall system, which has been tested at a range of 150-feet and still found to be effective. The PepperBall relies on accurate launchers and projectiles that are chemically effective to work well.

The goal is to be as safe as possible when disabling an assailant. Powerful and effective, the PepperBall gun allows for quick action to disable a target with less risk of injuries or liabilities.

The Tactical Compact Pistol (TCP) is a “launcher” that is developed by PepperBall to allow for non-lethal protection, multiple firing rounds and the ability to use either CO2 or N2 cartridges. The pistol can use the company’s long-range VXR or original round projectiles.

Designed for the military, law enforcement and security professionals, the TCP is a lightweight model that comes with:

The pistol is designed to fit on a standard duty belt, so users can confidently carry the pistol anywhere that they go.

Six shots are more than enough to disperse a group of rioters, and the long range allows for the user to maintain a safe distance at all times. Refill rounds are affordable and allow users to test out their PepperBall TCP at the shooting range to get accustomed to the pistol’s accuracy and feel when firing.

When using the TCP, there are two main rounds that you can choose from:

You’ll want to choose the right PepperBall round for your situation. If you’re working security in an arena, the VXR may allow for better overall protection. Consumers that are afraid of an assailant trying to attack them when they’re out for a run or in the parking lot may find that the standard round will suffice.

Push-button safety keeps the pistol from firing until the user is ready to go on the offensive.

The unit is split-shot compatible.

When changing cartridges, all you need to do is tighten the pressurized screw to ensure that the unit is ready to fire. You can change cartridges and add rounds rapidly without having to carry tools around.

On impact, the round will cause powder to surround the assailant to guarantee disabling. When there is no line of sight, the round will be able to provide area saturation to increase the changes of anyone in the area being impacted by the 2.0% PAVA solution.

Non-flammable and able to operate in temperatures as low as -30°F, the projectiles from PepperBall have a 2-year shelf life and can be purchased in packs of ten.

PepperBall Gun is designed to meet the needs of three main groups:

You can confidently protect yourself as a consumer with the PepperBall TCP. Once the target is hit, they’ll be disabled and you’ll be able to get away safely.

The TCP launcher pistol has many applications and has been used for:

VIP security also uses these pistols as a safe and effective way to keep guests safe without the use of lethal force.

Where to Find the PepperBall TCP for Sale?

PepperBall TCP is best purchased on their official Amazon Store. Stock is often low, so you’ll have to act fast to avoid any backorders. When you order from Amazon, you’ll also receive the holster and a refill for your gun. 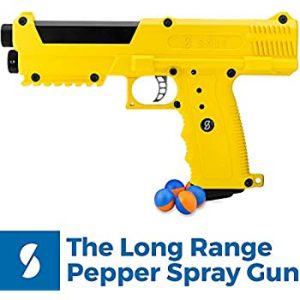 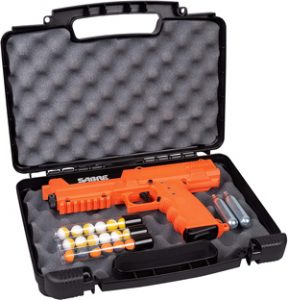